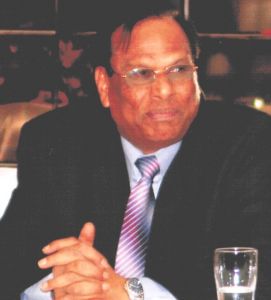 Selvadurai Raveendran (Ravi) read Law in Sri Lanka, graduating with Honours. He was admitted to practice on January 17, 1971 and practised largely in commercial law and litigation, acting for several local multinational companies. In 1980 he became qualified as a Solicitor in England. Ravi moved to Australia in 1984 and took his oaths in Melbourne, Australia and was granted admission to practise as a Barrister and Solicitor in September 1985. Ravi initially worked with Gregorys Solicitors in Brunswick, rising soon to become a Partner with them. Ravi commenced his own practice in Brunswick as ‘Ravi James’ in 1990. After a long and successful run Ravi became a consultant to Wisewoulds Lawyers before recommencing with his practice in the city. Many students, overseas lawyers and graduates have trained with Ravi and gone on to have rewarding careers. Ravi specialised in migration law handling several matters from initiating applications to reviews with Tribunals and Courts. Ravi now attends to a substantial amount of commercial and property law, while attending to the migration matters of the clients who continue to seek his services. Ravi is the honorary solicitor for the Hindu Society of Victoria and the preferred solicitor within Sri Lankan, Indian, Fijian and other sub continent communities.

Ravi James, Lawyers was established in 1990. We continue from strength to strength. We practice in all areas of law. The firm’s achievements in migration established it as the most sought-after lawyers within South East Asian communities, and this reputation has spread to the wider community.