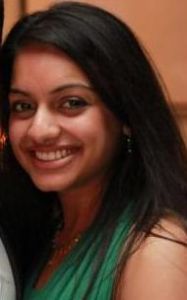 Visalini Srishanmuganathan, nee Raveendran studied Law/Arts at La Trobe University and throughout her studies, Visalini worked as a paralegal at Ravi James. Visalini was admitted to practice in Victoria, Australia on 13 February 2007 and after admission she relocated to London, England where she qualified as a Solicitor of the Supreme Court of England and Wales. Visalini practised criminal law in East London largely conducting murder trials and other similar matters. Visalini also worked as a Government Prosecutor in Essex in her final year in England and dealt largely with probation violations, including obtaining arrest warrants for non-compliance by offenders. After moving back to Melbourne in 2010 Visalini re-commenced practice with Ravi James and is working in property/conveyancing law and criminal law.

Ravi James, Lawyers was established in 1990. We continue from strength to strength. We practice in all areas of law. The firm’s achievements in migration established it as the most sought-after lawyers within South East Asian communities, and this reputation has spread to the wider community.